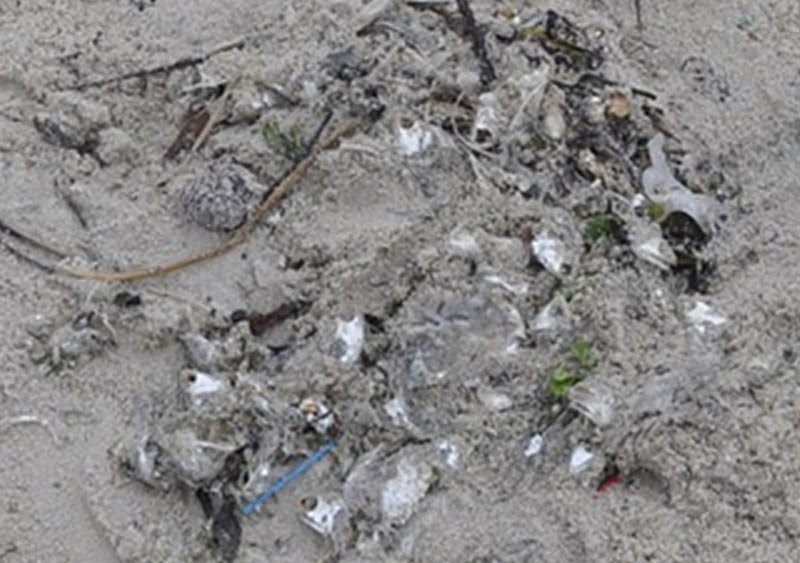 Asbestos Removals Kent and UK Beaches due to Landfill Erosion

Overcrowded beaches on the south coast may have hit the headlines recently as temperatures soared and lockdown also lifted by a degree or two. But another shoreline scandal in late May barely registered, which saw asbestos services Kent arrive at a Folkestone beach.

Following the discovery of asbestos containing materials (ACMs) the area was closed off by local authorities for sample testing and asbestos removals to be carried out.

But this was no typical case of illegal flytipping, which all too often makes local news headlines when the Health and Safety Executive (HSE) prosecute property owners and builders for flouting the law to save time and money.

On this occasion, it was coastal erosion that had caused the asbestos to surface from a former, and unknown, hidden landfill site. While awaiting the results of the sample analysis, the beach remained closed, and a “wall of rocks” erected as a temporary measure to prevent further asbestos contamination, and was regularly “monitored” by Council officers.

It’s not the first time that a beach required asbestos waste removals in recent years, and environmental volunteers have also urgently called upon the Port of London Authority to address the ongoing issue of asbestos found washed up by the River Thames.

In summer 2016, asbestos materials were found on two separate occasions around the Kent coast – on a beach at Leas in Minster, Isle of Sheppey. Two months later, further asbestos was discovered on the same stretch of beach, and at nearby Shellness beach. The local council stated that a total of 15 kilos of asbestos had been retrieved from the area and advised the public to, “avoid any suspicious material they may find on the beach”.

At the time, the health risks of exposure to ACMs were once again officially downplayed by

the Department of Environment and Rural Affairs (DEFRA). They stated that white ‘chrysotile’ asbestos was a “lower risk product and unlikely to pose a significant risk to health”. It was a viewpoint based on comparative medical data in circulation in the mid 1980s when brown and blue asbestos was banned in the UK. Today, it is recognised that all asbestos types pose a health risk.

Asbestos was also found at a coastal resort in South Tyneside when the hazardous fibres were washed up alongside building materials, demolition rubble and broken glass on the dunes at Sandhaven Beach. At the same time, the local council was organising the removal of asbestos discovered in the ground further along the coast at another former landfill site.

Coastal erosion in Ireland has previously exposed a 200m stretch of former landfill, resulting in waste spilling onto the beach and being washed away by the sea. However, the problem of asbestos suddenly emerging form former landfill sites is relatively minor compared to flytipping as the source of ACMS found on a beach.

It was previously reported that a local council in Ireland was responsible for dumping municipal waste near a harbour site, which spilled toxic asbestos onto a beach in nearby Co Wicklow. Observing the waste falling into the sea led to a survey, which estimated that the amount of waste could be as much as 48,000 cubic metres.